Hypermach Supersonic BizJet to be Larger and Speed Boosted to Mach 4.5


A company by the name of HyperMach Aerospace recently announced a major new configuration for their SonicStar supersonic business jet. Range on the aircraft has now been increased to more than 6,500 nautical miles and, more importantly, the aircraft’s top speed has been upped by more than 10 percent, to Mach 4.5. Considering the Concorde had a top speed of about Mach 2, that would obviously be a huge increase.
Read more »
Posted by Unknown at 6:28:00 PM 3 comments: Links to this post

Surf Air (formerly known as PlaneRed and previously reviewed herein), seems to be on to something really big. The newly-conceived, "all-you-can-fly", unique membership-based airline recently kick-started their company when they announced a key round of funding from multiple sources including Anthem Venture Partners, NEA, and, among others, actor Jared Leto. Generally speaking, smart money tends to follow great ideas; so, Surf Air will no-doubt be successful. Of course, it does not hurt that the company is based in the California Bay Area. The area is flush in great ideas, cutting edge technology, lots of seed capital and is ultimately and great backdrop for the company's above home page image.

With new cash now in hand, Surf Air is doing a lot of things right as they get ready to launch their new service...

Video From NBAA2012 re: BizAv Value

NBAA2012 trade show attendees kicked off their experience on October 30 in Orlando by viewing an Opening General Session video depicting the value of business aviation in connecting rural communities to the global economy.

JetSuite Expands Service To The Northeast 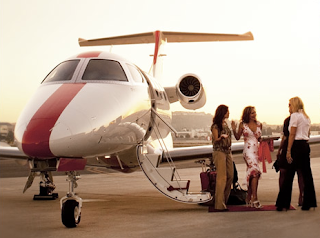 As previously reported, JetSuite is truly revolutionizing on-demand (and scheduled) private and business travel on small jets. The experienced Phenom operator has just recently expanded again, announcing service coverage in the Northeast  US. With this expansion, JetSuite now offer its services to hundreds of airports in major metropolitan areas such as New York, Washington D.C., Boston and Toronto. 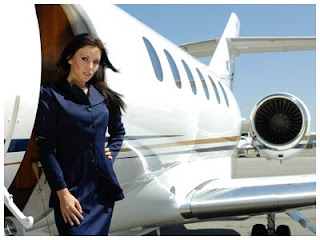 As noted in a previous post regarding PSOD operators, Greenjets is one of the major players that has been doing well with the often-elusive (profitable) business model of selling seats on private jets.

Just recently, getting access to the Greenjets fleet of brokered aircraft became even easier. New clients to the company can now fly on private jets for as little $2,000 - or up to 40% off their standard retail pricing - with special introductory pricing currently being offered by the company.

Avantair Shows Its Green Side

Avantair, Inc., the only publicly traded company that is (still) stand-alone, is an industry leader in the aircraft fractional aircraft ownership category as previously reported. They have also recently announced that, since 2007, they offset 15 million pounds of CO2 through their Flight TerraPass program. For 2012, the company expects to do more of the same. Avantair shows that companies can go green and, in the process, still earn plenty of it.
Read more »
Posted by Unknown at 7:23:00 PM No comments: Links to this post 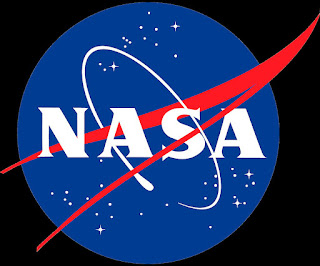 NASA is claiming a breakthrough in supersonic aircraft design. Recent wind-tunnel tests are proving that it should be possible to design aircraft configurations that combine low sonic boom with low cruise drag - two traits once thought to be mutually exclusive. And, until now, stubbornly elusive! 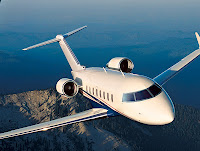 Fractional aircraft ownership programs - whereby customers/owners typically buy a "share" of the aircraft via a five-year management contract with guaranteed availability of aircraft - have now been around for some 25 years. While industry pundits continue to debate their true value proposition, the popularity and viability of this business model is no longer in question. In fact, the fractional industry has remained relatively robust, even with the continuing lackluster economy. Still, on average, companies that offer shared aircraft ownership programs have had a difficult time in forecasting demand and maintaining profitability. This is not quite the scenario imagined by NetJets founder Richard Santulli - who, when he first introduced the fractional concept, envisioned thousands of jets owned by tens of thousands of owners - but it shows that the industry is here to stay. Here are some updates on a few of the major players in the fractional space...

The Guy with the Dragon Tattoo

OK, it is not really a tattoo, but Jackie Chan just got a brand new Legacy 650 private jet from Embraer with dragons emblazoned all over the airplane. Seriously? Having a sleek, new, state-of-the-art executive jet that can go roughly 4,000 miles on one tank of gas should be cool enough, but dragons? Jackie has always been THE MAN but he has just taken things to a whole new level...

The best part of the story is that Jackie was given the $30 million dollar airplane from the manufacturer in exchange for him promoting the Embraer brand in China and other global markets. So, there you have it - the action superstar turned private jet ambassador will now be using his charm to sell private jets for the world's third largest commercial aircraft manufacturer. (Boeing is still the largest with Airbus holding the number two spot.)

"This delivery is a moment of historical importance to Embraer because it solidifies an already long and successful relationship between China and Embraer," said Ernest Edwards, president of Embraer's Executive Jets unit.

By most accounts, this was a great move by Embraer - a company that is looking to dominate the private jet market, from entry-level to ultra-large aircraft. Hey, if I had $30 million collecting dust, I would certainly buy a Legacy 650. I mean, who could resist the charisma of such a huge cultural icon? If Jackie's pitch does not work, just make sure the prospect sees the tail of his sweet new ride. Talk about a closer! 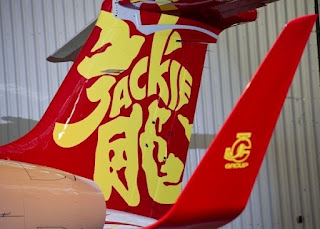 Plain and simple, PlaneRed Airline is worth watching. I just signed-up on their mailing list, and this quote is directly from the PlaneRed welcome email...


"Our goal is to revolutionize the way we fly. We don't think you need to get undressed to get on a plane. No more buying outrageously priced tickets. No more lost luggage. No more middle seats in a cramped cabin. And don't you think you deserve to always fly first-class? We certainly do. Simple and comfortable all-you-can-fly travel will soon be a reality."

This certainly sounds like an idea that could actually work. Here is a video of PlaneRed CEO Wade Eyerly discussing some of his specific plans.


The company's website (basically a launch page as of this writing) envisions an "All-You-Can-Fly Membership" that will be simple, first class, no hassle and, by most accounts, a much better alternative to the current TSA process experienced at major airports. All this for less than a grand per month! At minimum, do a Google search on PlaneRed. There is some great buzz on the company from some great publications. Who knows. They might actually be on to something BIG.